Get fresh music recommendations delivered to your inbox every Friday.

The Wizard and the Tower Keep 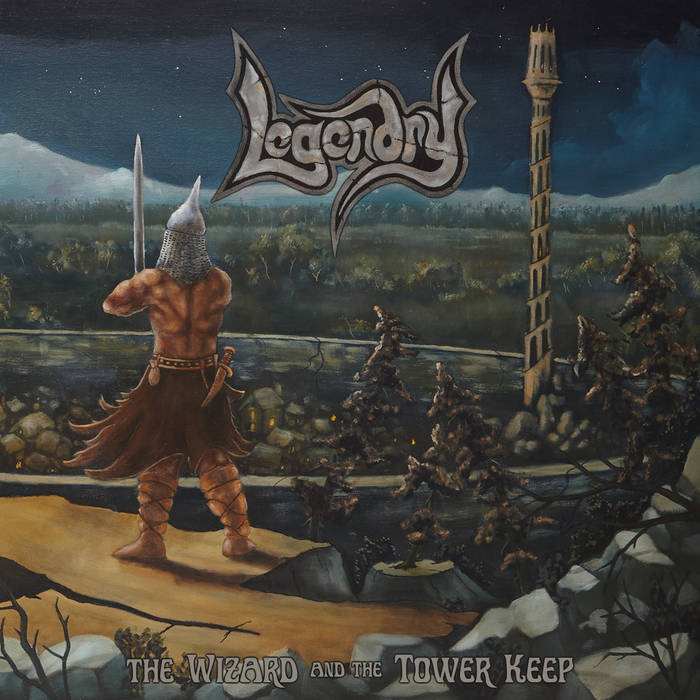 Talon Sullivan This album is quite special! It's super epic and there's a certain nostalgic warmth to it that keeps me coming back for more! Absolutely great!
Favorite track: Sorcery's Bane.

barleybase From the moment I set out on The Wizard and the Tower Keep, I knew it would be no ordinary quest. Mountains of epic riffs are followed by valleys of melodies, with thunderous drums and pacing that keeps you moving onward through insurmountable odds. Each leg of the journey is different and memorable in and of itself, and they come together as a whole to form something magical. My only regret is that I didn't discover this album sooner. Favorite track: The Wizard and the Tower Keep.
more...

Third full length concept album telling the tale of the Warrior with No Name as he battles the evil wizard, Vael, atop the Tower Keep in a dimension of arcane magick and great savagery.

"...The Wizard and the Tower Keep is easily one of the best heavy metal albums of this decade." - Heavy Blog is Heavy

"...Legendry has really come into their own with The Wizard and the Tower Keep. The band’s traditional metal and classic prog influences remain at the forefront, but the more dynamic songwriting expresses these elements in an otherworldly fashion that is enhanced by the conceptual theming." - Indy Metal Vault

"The organ keyboard underpinning against some killer wah-wah guitar action for the almost eleven-minute closer “Earthwarrior” reflects the incredible instinctual interplay Legendry possess, a strength that along with the folk-like start for “The Bard’s Tale” proves their dynamic abilities on record. The Wizard and the Tower Keep in the end is ideal for those who clamor for epic metal from newer artists." - Dead Rhetoric

"The Wizard And The Tower Keep is a great album to get lost in. Vidarr (vocals, guitar, mandolin, mellotron), Evil St Clair (bass, backing vocals) and Kicker (drums) have done a really good job producing an album worthy of following up the magnificent Dungeon Crawler." - CGCM Podcast

"LEGENDRY have created a magical moment of epic metal that eclipses everything like a star in the sky." - My Revelations

"‘The Wizard And The Tower Keep’ is LEGENDRY’s third full album or better put it is their third strike of trueness incarnate..." - Reflections of Darkness

"From this year’s most beautiful releases." - Metal Invader

"[The song] 'The Wizard and the Tower Keep,' is epic simply put. It delivers into worlds unknown, slowly building to a crescendo that allows for navigation through the wind." - The Median Man

"'The Wizard and the Tower Keep' is a fantastic album, well done and well executed, that develops with consistency although with subtle changes and turns that make listening interesting, while still being a work of authentic classic Epic Metal and very raw, wrapped in the mystique of the genre." - Queens of Steel

"[I]f you're a fan of both traditional and epic heavy metal, you'll find Legendry's The Wizard And The Tower Keep a fine modern interpretation of this classic and lasting genre. Recommended." - Danger Dog

"With "The Wizard And The Tower Keep" LEGENDRY join the long line of US gems in the classic sector. On their third album they bring captivating epics, which are characterized by freshness and at the same time traditional consciousness." - Metal.de

"Ultimately there’s no escaping just how ripped from the past this album feels and the rocking and rolling finale of Earthwarrior just confirms that." - Games Brrraaains & a Headbanging Life

"They are not afraid...to get carried away...and get out of the typical structure of a heavy theme....[T]hey always take you out of the comfort zone, they offer you something else that comes out of what you expect...." - Metal Brothers

Based on the novellete, The Wizard and the Tower Keep, by D. R. Lackner

Through mists of time, and beyond the dungeons deep, Legendry has sought the secrets of steel. With swords raised, honoring such heroes as Manilla Road, Cirith Ungol, and Warlord, and delving into the progressive wizardry of King Crimson, Uriah Heep, and Jethro Tull, Legendry doth heed the call to heavy metal adventure. ... more

Bandcamp Daily  your guide to the world of Bandcamp